Morale seems to take the brunt of the wind, which seems to offer very little in favor of the bike tourist.Â Â At the end of a long hour against the wind, there is no vista, other than the dusty, almost apocalyptic horizon, that you have seen throughout the day.Â Â Time slows, and kilometers grow longer.

Â Â Â Â Â Â Â Â Â Â Â Â Â Â  Though we have largely passed the most brutal aspects (high elevation, and epic 4,000m ascents) of the Andes, our path brings us new challenges we have not had to consider for years.Â Â Since southern Mexico, we have had very few nights where we could sleep out under the stars without expecting a rain shower.Â Â  Somewhere in Bolivia, I remember looking up the night sky, strange and unfamiliar, no big dipper, no orionÂ´s belt. Though I had been in the southern hemisphere for months, it seems that not until we reached the arid altiplano, did the cloud cover vanish and the sky opened up.

Â Â Â Â Â Â Â Â Â Â Â Â Â Â  Bolivia was a lonely country, outside the few big cities.Â Â Every town we passed through seemed like a ghost town, doors of vacant houses in their town squares flapping in the wind.Â Â If a tienda existed, we almost certainly had to track down the owner so we could buy what little provisions they could offer, from canned peaches to llama jerky.Â Â In between the towns, weÂ´d pass herds of llamas (vicuÃ±as, and alpacas) attended by pair of children tailing the animals, throwing rocks to keep them moving. Sometimes, an elderly woman or man would accompany the herd, wandering languidly beside them in often isolated areas, sometimes a days hike to any kind of village.Â Â Much of the Bolivia we passed through was unsuitable for any kind of crops, even quinoa, which seems to miraculously grow in the harshest conditions.Â Â Llamas become a tremendously important resource, itÂ´s meat used for food, itÂ´s milk for cheese, and itÂ´s wool for clothing.Â Â I hoped that some of the Bolivians I saw, resting against a dirt mound chewing coca leaves had found some peace in living so connected to their environment, in such a lonely country.

Â Â Â Â Â Â Â Â Â Â Â Â Â Â  At a gas station, we asked if the water from the faucet was drinkable. â€œNo, there is too much chlorine.â€� he said and pointed to the steamer on the espresso machine which had some mineral buildup. In stark contrast to the previous two years of traveling where the water would make you ill, not to mention the fact that espresso machines didnÂ´t exist outside the bigger cities in Bolivia, and here we were at some gas station out in the middle of Argentina nowhere, and we could order a double latte to go.

Â Â Â Â Â Â Â Â Â Â Â Â Â Â  We stopped for lunch one day at a wide open field with more grass than we had seen in all of Bolivia.Â Â A polo tournament was going on and the leisure class was sitting under umbrellas drinking wine and laughing as the riders galloped past.Â Â I noticed a few high school kids kicking around a soccer ball, they were both wearing a type of slipper, reminding me of something I was once told, â€œthat you can tell a lot by the shoes a man wears.â€� Â It seemed like just yesterday, we were watching some kids play soccer on a field of dirt, a dust cloud following the movements of the game, with the players all barefoot or in shoes with soles flapping with each step. 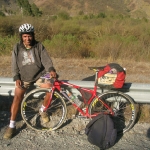 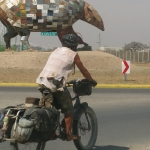 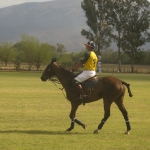 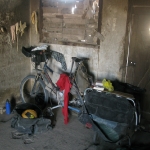 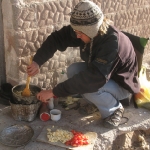 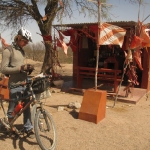 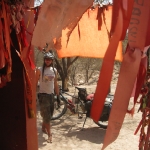 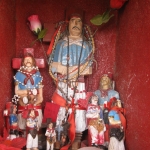 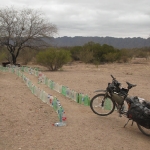 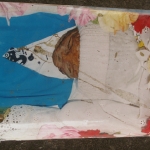 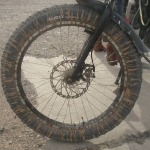 6 thoughts on “Bolivia into Argentina”