Check out a feature article, “Riding the Crooked Spine” about our trip in Adventure Sports Journal, Northern CaliforniaÂ´s number one resource for outdoor enthusiasts. (Not in NorCal? Subscribe HERE.)

Check out an audio story from our travels in Guatemala when we cycled down Tajumulco Volcano, Central AmericaÂ´s Tallest Peak.

The Tropic of Capricorn is one of the five major circles of latitude of a map of the Earth. It is 23Â° 26â€² 22â€³ south of the Equator.

But, really, the great thing thing about this line is that it isnÂ´t just an intangible point of reference…it means we are OUT OF THE TROPICS! Since Central Mexico, everytime we dropped in elevation we have been greeted by a high temperatures accompanied by heavy humid air and insects.

Now we are pedaling through an early Argentine spring and the weather is beautiful…a rarity for RTS.

Check out a quick video with a few shots from our travels across the remote Bolivian countryside – including the Salar de Uyuni, one of the worldÂ´s largest salt flats.

Riding the Spine: Across Bolivia

If you have trouble viewing the Vimeo video, you can download the WMV file HERE. or visit our VIDEOS PAGE for the Youtube Version 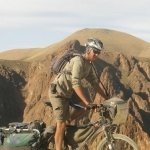 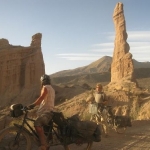 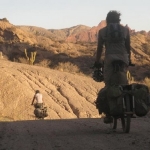 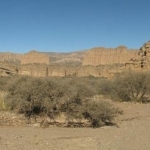 Check out the latest photos of our travels through Bolivia, including the Salar de Uyuni: an enormous salt flat that expands beyond the horizon.

The air offers very little oxygen, we ride along rivers of salt, pink flamingos rest on the shores, and llamas roam the land. The Magic of Bolivia: it doesnÂ´t feel like another country as much as another world.

END_OF_DOCUMENT_TOKEN_TO_BE_REPLACED

We have been enjoying our time in La Paz. Last night we went to the Titans of the Ring: Cholita Wrestling and saw some Bolivian Style lucha libre, including traditionally dressed women performing piledrivers on guys in oversized childrenÂ´s costumes. Unfortunately, my camera died before the real “cholita” action began, but here are a few shots of the event.
[slidepress gallery=’cholita’]

We also took a stroll through the famed witch market where they sell llama fetuses, folk rememedies (Sean was offered San Pedro when he asked for something to help him with stomach illness), and “magical” figurines.

Throughout the andes, women make a homebrew beer known as Chicha. Generally, in the highlands they use corn and sprout the kernels before cooking it, and in the jungles they use various root crops and chew it first to help with fermentation. Here are a few photos of some chicheras (brewers) making a huge batch of chicha for a wedding in a small andean village in the Sacred Valley.

Check out one of the cool features with the SPOT Messenger, you can add photos to your mapped waypoints, describe your trip, and make a pretty cool interactive map/slideshow. Looks better in full size, so click on the headline below.

A popular candy here in Peru, as you can imagine.

Had to share this moment with yaÂ´ll. Cycling to the horizon of the altiplano and encounter this guy riding a bike with only one pedal, no toe clips, and a bit of gear.

On the way from Cusco to Puno, we encountered these priceless signs:

Over the years we have definitely seen our share of strange foods. Peru seems to top the list so far.

While it has certainly been strange to see Cuy (Guinea Pigs) being eaten as a delicacy here in the Andes, for some reason, a Cuy Pizza strikes me as the most bizarre food IÂ´ve come across.

Rumor has it that some other delicious treats we have to look forward to: Horse jerky, duck ceviche, deer pate, and beaver. Will keep you posted.